12.01.22 - When something goes wrong at the jobsite, rapid action is needed. Trenchless technology is primarily leveraged for the installation of underground utilities, creating the least amount of surface disruption possible. But what happens when freshly installed pipelines actually need to be removed – due to damages, for instance? In such cases as well, a pipe rammer is the means of choice – and can become the driller’s best friend in a blink. Especially, if it’s immediately available. 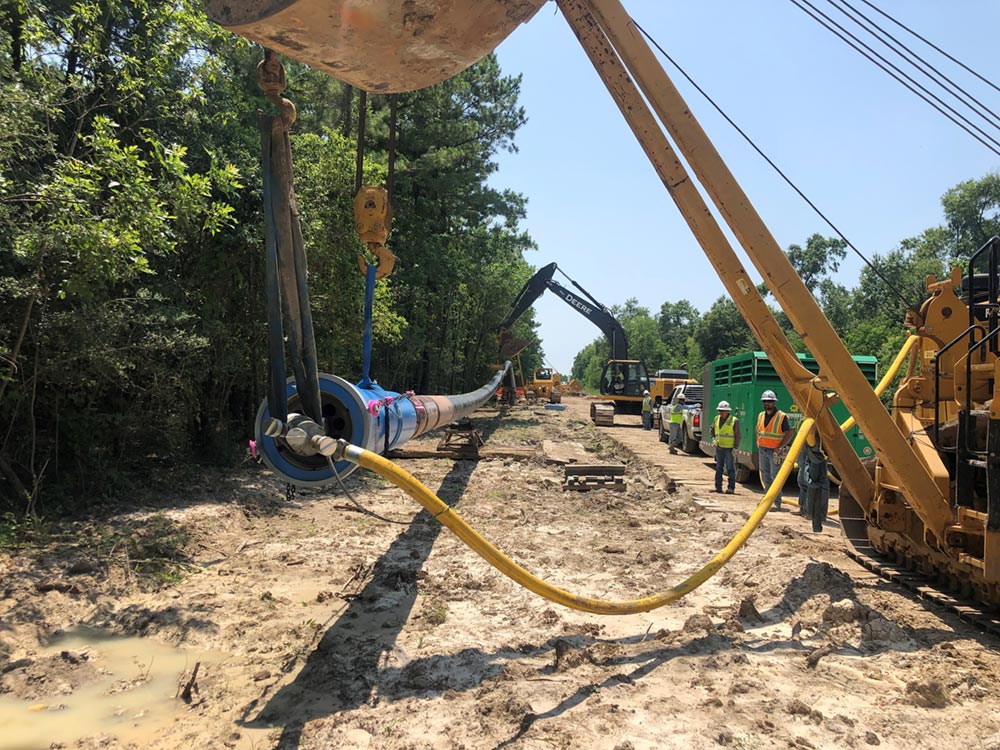 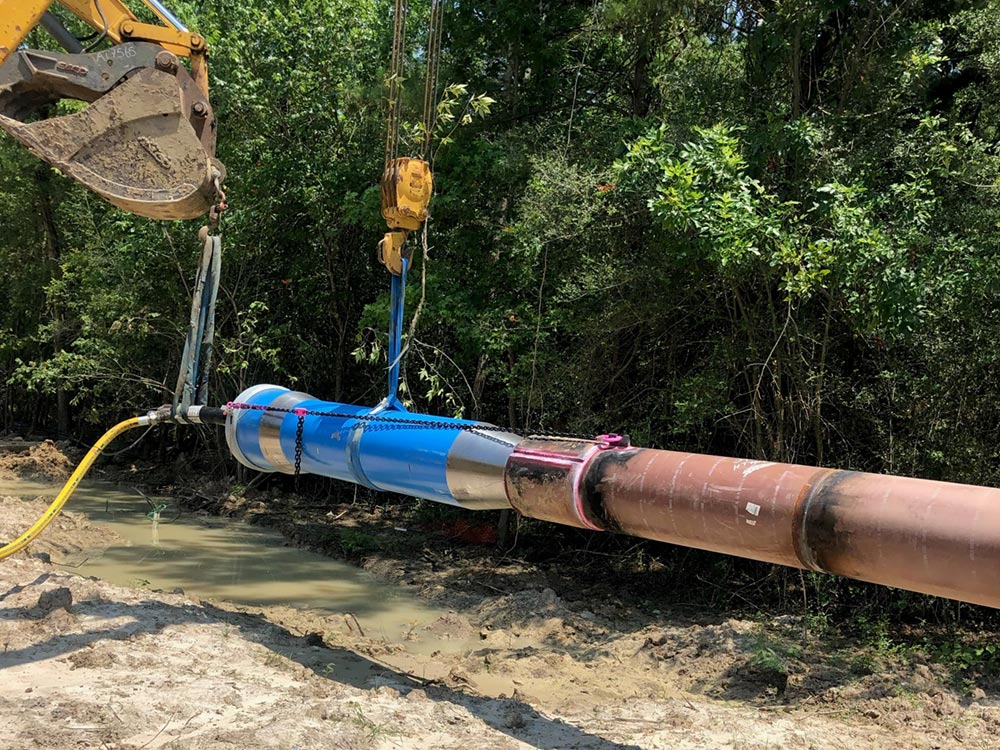 Within the scope of an infrastructure expansion project near Houston, Texas, HDD contractor Directional Service South had to face an unexpected challenge caused by an unpleasant incident: A sizable section of recently installed gas transmission main had been damaged during the installation by underground obstacles and now had to be removed and replaced. Jake Gautreaux, founder and co-owner of Directional Service South, explains: “For this project, we were tasked with installing several miles of 500 mm steel gas transmission main with installation lengths ranging from 150 to 920 m and ScarGuard®-coated pipe welds. The whole project covered 30 HDD crossings. After one particular 360 m long installation, crews noticed an issue with some damage to the pipe. It was going to need to be replaced.”

According to pipe ramming specialist Rick Melvin from TT Technologies, pipe extraction is an evolution of existing ramming techniques developed over time. “The extraction process is really an extension of several HDD Assist methods we developed over the years using the pneumatic pipe rammer”, he says. “The things we’ve learned from salvaging stuck bores and retrieving drill stems with the help of pipe rammers have enabled full scale pipe extraction to become a reality.”

The project in Houston would put that knowledge to the test.

Pipe extraction: it’s about the right balance of force

Pipe rammers have been used in various ways on HDD projects for several decades. These specific HDD Assist methods have been developed cooperatively between contractors, engineers and trenchless equipment manufacturers. Pipe extraction has been part of this process. “Contractors have been using pipe rammers on HDD projects to help install pipe under challenging areas like waterways for a long time”, Melvin explains. “Through the pullback assist methods, percussive force from a pipe rammer on the back end of a pipe string can help prevent hydro lock and ensure a smooth installation. Now, when things don’t go as planned, a drill stem breaks or a segment of pipe needs to be removed, we can do those things as well, again using the percussive power of the pipe rammer to help remove or salvage those products from the ground.”

Melvin states that, for a full pipe extraction, it’s about using the right balance of force: “In this case you need pulling force, which can be an excavator or directional drill, combined with the percussive force of the pipe rammer. Now, these forces can be combined and applied in different ways depending on the specific jobsite situation. That’s where the complexity of the process lies. How to balance and apply the forces in a way to remove the pipe from the ground.”

The rammer’s percussive force gets the pipe moving

Back to Houston: Regarding the area in question, the whole installation turned out trickier than expected. “We installed the crossing without trouble but couldn’t tie it in right away”, tells Gautreaux. “We had to spin around and install the next crossing, drilling the other way. So, we were basically sitting on top of the one we just put in. Only after we had installed that next pipe section, we were able to access that first pipe.” That’s when they noticed the damage: A large scratch ran across the whole visible pipe length and breached the coating. “A quick decision regarding the future of that section had to be taken.”

The full extent of the damage could not be considered, as a section lay underground. In agreement with the project owner, it was therefore determined that the pipe was to be removed and replaced. The new pipe would furthermore be completely wrapped in ScarGuard® to help prevent any possible damage.

When the extraction works began, the pipe had already been in the ground for two months. “The wrapping on the welds is abrasive and creates friction, which made pulling the pipe out extremely difficult”, tells Gautreaux. Initial attempts to use static pull force to remove the pipe failed. “In addition, we wanted to pull in the 360 m replacement section of pipe at the same time. That’s when we brought in the GRUNDORAM Taurus rammer to complete the extraction configuration.”

The pipe ramming tool was added to the back of the pipe string, completing a rather well-constructed extraction set up. Melvin: “What we have during extraction is pull force on the front end of the pipe and percussive force on its back end.” The crews used a 150 ton, 6 part block system to channel the static pull force from a crawler track unit, doing the pulling, to the lead end of the pipe. The percussive force of the pipe rammer, in this case, was used to re-activate the drilling fluid already surrounding the pipe in the bore hole and get the pipe moving. So the static force can be used to extract it. “You can’t pump any more bentonite”, he says. “So you have to use what’s already down there.”

After 10 minutes of ramming and pulling, the pipe finally started moving. Overall, it took two 12 hour days to remove the pipe and pull in the replacement simultaneously. The crews were able to extract the 360 m pipe in two 180 m sections. “The hammer worked great in breaking the line free allowing equipment to continue movement”, says Gautreaux. “That’s the reason why we bought the hammer, to have it in our fleet and on the jobsite. Time is of the essence when problems arise.”
Overview