Mole voted animal of the year 2020


The German Wildlife Foundation is dedicated to protect domestic wild animals, their habitats and their variety of species. The donors to this foundation choose an animal every year, aiming to push it into the focus of the public eye. For the year 2020, the foundations choice is the European Mole (Talpa europaea). Its nomination intends to highlight the important function of the useful animal for the ecological balance in the soil. 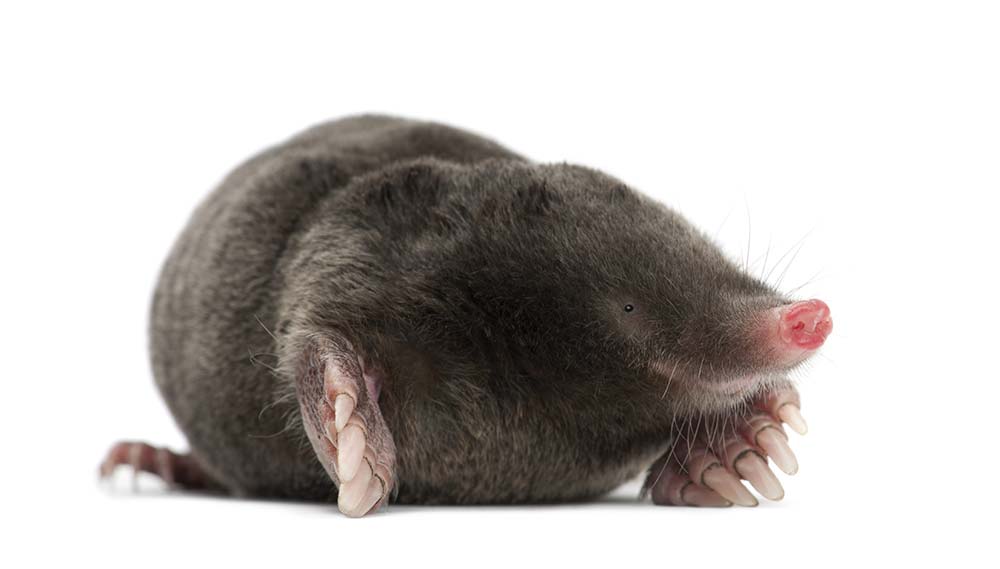 Perfect adaption to the digging way of life

With its cylindrical body, pointed snout and broad shovel paws, the mole is perfectly adapted to the digging lifestyle underground. Although his eyesight is not so good - even though he is not as blind as the saying goes – he can effortlessly orientate beneath the earth. His lack of sight is well compensated for by his highly sensitive tactile sense. The mole gets the necessary orientation via highly sensitive tactile hairs on his snout and tail, as well as via a special sensory-motor organ inside his trunk-like nose. Moles are the only known animals to have this so-called “Eimer’s organ” which allows them to detect even the slightest vibrations in the ground. Also, the fact that the hairs on its thick black fur are not “stiff”, but bendable in all directions, allows them to move around inside the earth tunnels, which they dig tirelessly – in forward and also in reverse mode. In doing so, the mole is doing the environment a big favour, because wherever he digs, the soil loosens, becomes airy and free of pests, such as snails or larvae, which they prefers to eat along with earthworms. Even voles are not tolerated in the mole territory and are quickly banished from the tunnels they use. So that is why the Mole is a useful species, and it’s long time survival is a necessity.

The mole as a well-known trademark

For TRACTO-TECHNIK, the mole is also an immensely important animal. More than four decades ago, while looking for an expressive symbol for the GRUNDOMAT soil displacement hammer, the small excavation artist quickly came to mind. The similarities are obvious: The mole digs tunnels, the soil displacement hammer bores holes. Both work virtually blind underground. For both the front end is decisive for a target-precise advance movement – whereas the sensitive tactile hairs on the snout are important for the mole, the movable head is the same for the soil displacement hammer. Both animal and machine are equally robust, reliable and quick. This is how the “Mauli” was designed and registered as a trademark. Since then, the hardworking tunnel builder has enjoyed great popularity in the civil engineering branch. The trademark of TRACTO-TECHNIK has remained unchanged to this day and now even represents trechless technologies as a whole – it is not fo nothing one speaks of “moling technology”.

More appreciation for the mole

Moles can cause a lot of disturbance in fields and meadows with their digging antics and although the species is not endangered, they are still a target for hunting. The German Wildlife Foundation is therefore trying to promote more appreciation of the species particularly as there is a diminishing amount of land they can live in, with the constant development of the countryside. “Due to their ecological function, their special characteristics and optimal adaption to a changing habitation, Hilmar Freiherr von Munchhausen, Managing Director of the German Wildlife Foundation, has decided that the European Mole deserves the award of “Animal of the Year 2020”.

For anybody still wanting to drive the mole out of the garden, the Nature Protection Federation NABU recommends the use of gentle methods, which make use of the fine smell and hearing sense of the animal. They suggest knocking wooden stakes into the mole piles and banging on them as often as possible, until the mole moves away to a quieter area. Or if you consider yourself a ‘bit of a cook’, you can alternatively prepare a broth from tree branches, elderberry or garlic and pour it into the tunnel passageways in smaller quantities, until the smell drives it away. If that does not help then the only other option is to be tolerant and hope for a peaceful co-existence. This has advantages for both man and beast! The earth dug up can be a nutritious and free natural fertilizer for flowerbeds and the useful animal has room to live. “Anybody wanting to help the mole has to just accept the hills and enjoy a more naturalistic garden”, states Munchhausen. We can only agree with that.
Overview 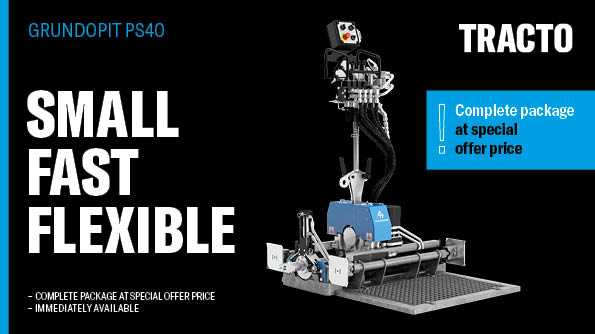