22.10.19 - In the polish capital of Warsaw an extensive investment programme has been carried out for several years now, in order to renew old drinking water pipes in succession, including the relevant house connections. The grey cast iron pipes, which are approximately 120 years old, have done their duty: strong corrosion has significantly reduced the cross-section of the pipes and caused the water quality to seriously deteriorate. Also, in numerous places, leakages were detected, pipe breakages everywhere and therefore causing high water losses. Due to the inner city structure – tight building developments in the business and residential areas, high traffic density, very busy streets – the trenchless method was the only solution for this pipe renewal task. 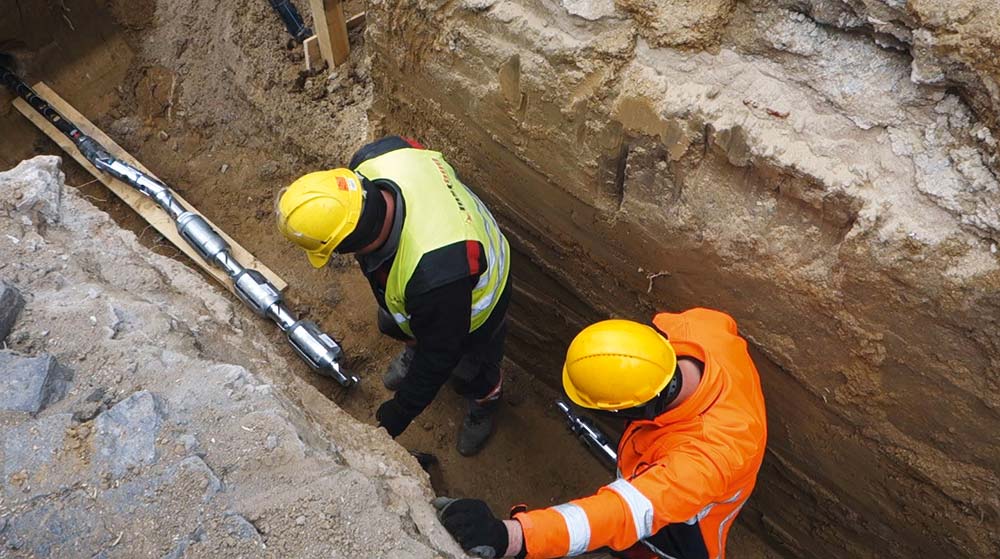 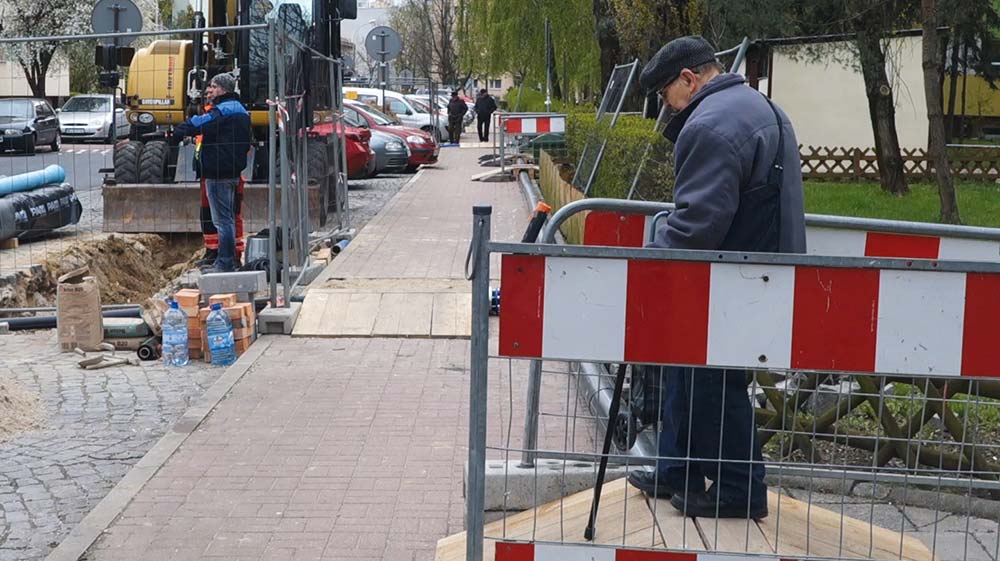 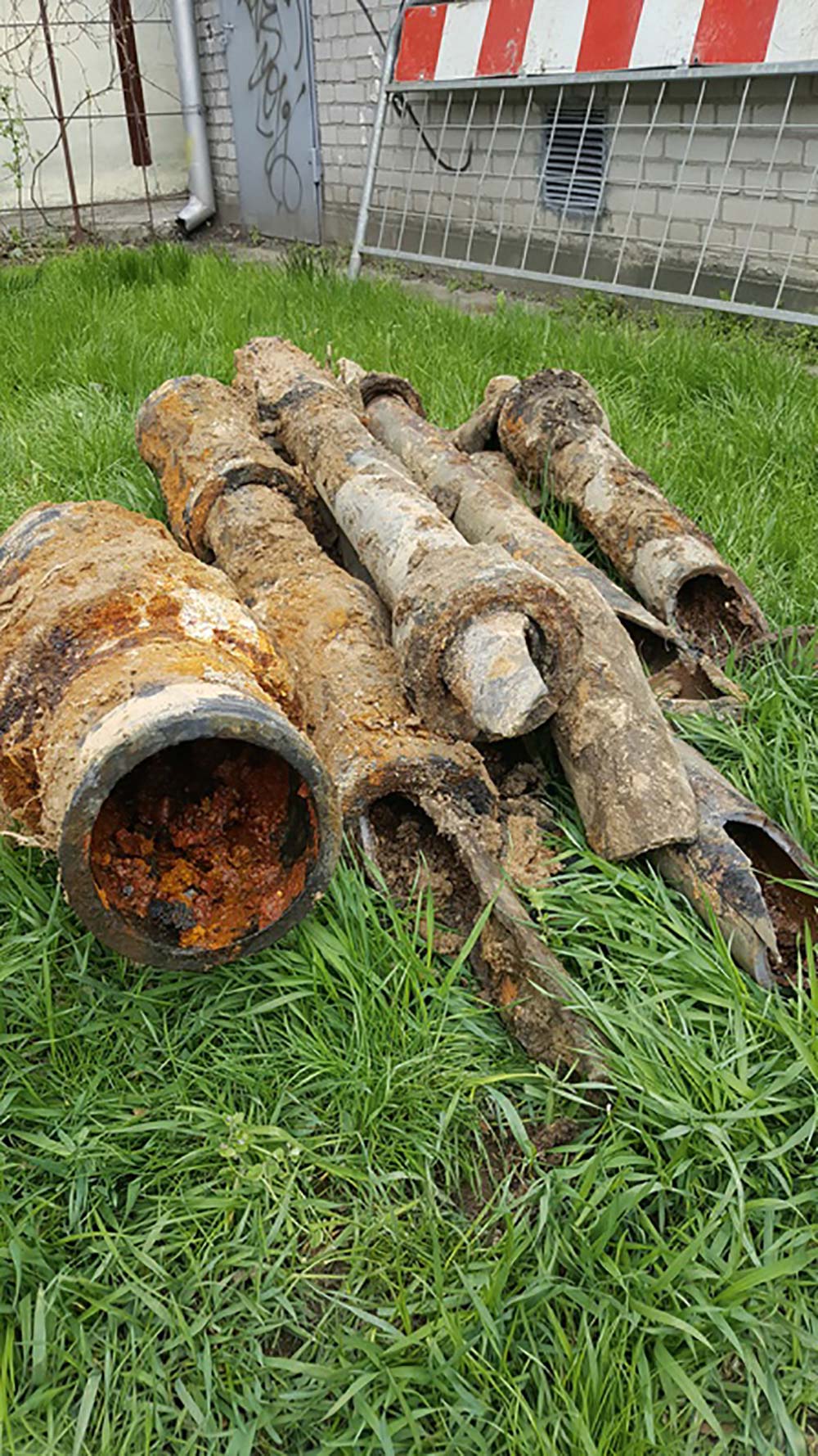 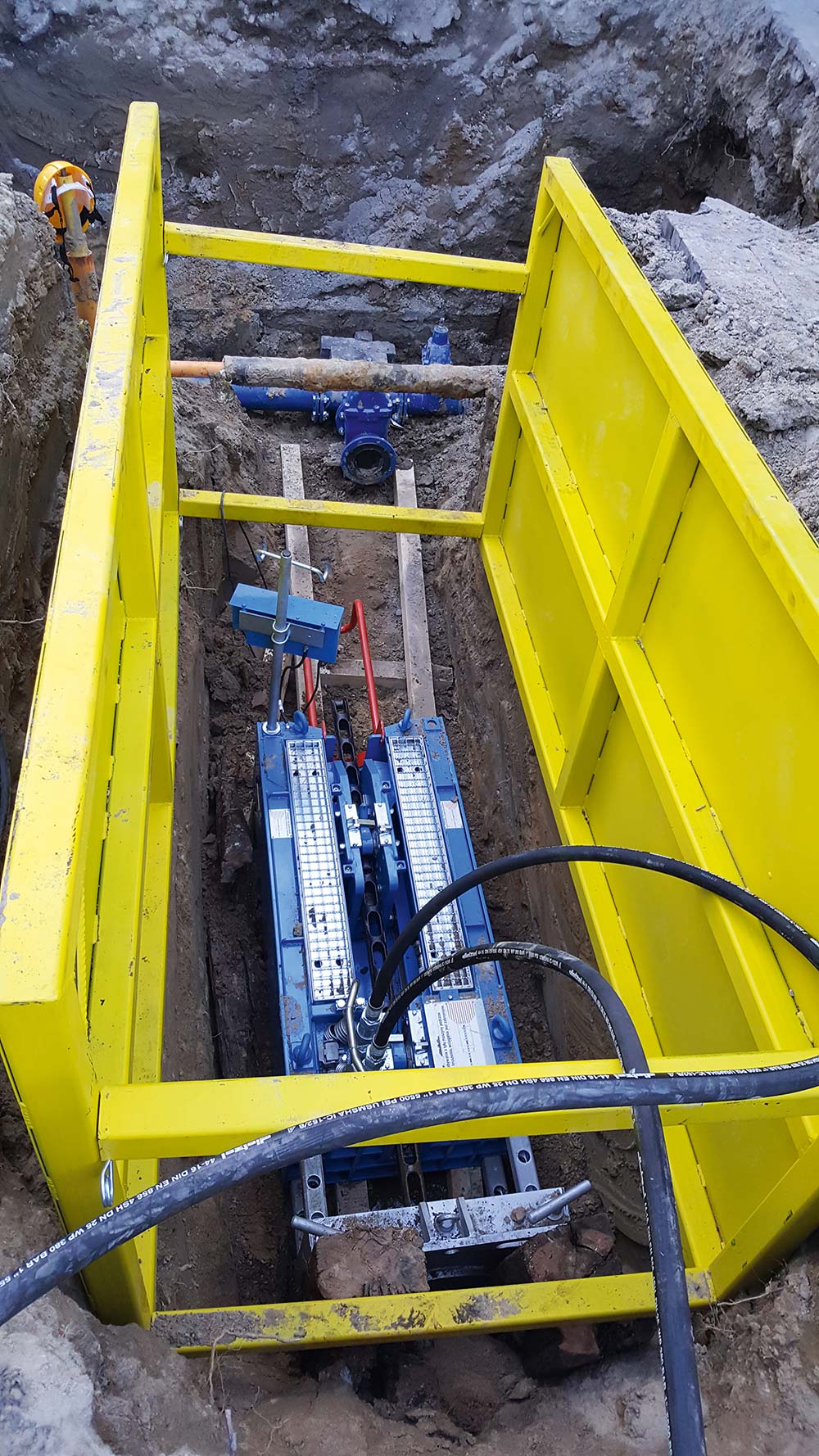 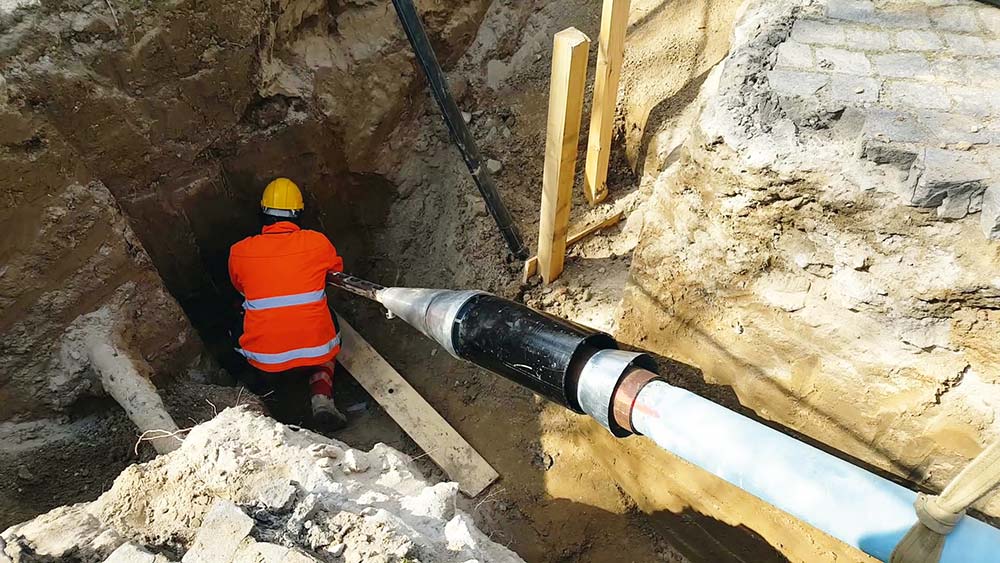 One of the first (of many) construction measures for this large investment project was the renewal of a 6 km length section of the drinking water network into consideration, in the three city suburbs Ochota, Srodemiescie (city centre) and Mokotow, as well as 4 km in Pruskow, a town with 60,000 inhabitants towards the west of Warsaw. These renewals, planned in individual stages, started in Ochata, a district in the city centre, with 9,200 inhabitants per km², the most densely populated district of the polish capital. Large residential areas with numerous skyscrapers and very busy traffic characterize the picture of this district, very close to the city centre.

The Waterworks Warsaw, as clients confided with FHU INSTBUD in Gdow, near Cracow for the construction work, who have specialised in the trenchless sanitation of water and sewage pipes. As they also had experience in the planning of these types of construction measures, they quickly decided that the best option for the renewal of the ND 150 grey cast iron pipes, was to apply the static pipe bursting method. Especially in extremely densely developed districts, which certainly is the case in Ochata, this space-saving method is vital. Once again grey cast iron pipes were chosen by the Waterworks for the renewal everywhere in the city, but this time the more modern ductile grey cast iron pipes. An alteration of the pipe diameter, which is sometimes the case when pipe bursting, was not necessary.

FHU INSTBUD places great value on the application of their own machines and in order to carry out this application and further tasks in Warsaw, have extended their machine inventory by purchasing two GRUNDOBURST 800G machines from TRACTO-TECHNIK.

Static pipe bursting is an environmental friendly technology for the trenchless renewal of water and sewage pipes in the existing bore path. A burst head is applied to destroy the old pipe and push the resulting shards radially into the surrounding soil. The new pipe is pulled in simultaneously behind the burst casing into the produced or expanded cross-section. The advantages are:


All‘s well with the renewal

The choice to apply the GRUNDOBURST 800G for the pipe renewal in the narrow district in Ochota, with it’s dense traffic, was spot on. Not only the compact construction of the bore rig for small bore pits, the quick set-up, or the quick working cycles with high performances, as well as swift bursting rod thrusting into the old pipe and when installing the new pipe, were a huge advantage for the very tightly specified time schedule they had to abide to, but also the applied QuickLock-bursting rods allowed immense time saving, as their quick ratchet couplings mean there is no need for any complicated screwing process. The rods are simply inserted and removed quickly by hand and the interlocking force transmission prevents the rods from slipping back.

This is exactly how the exchange of the grey cast iron pipe ND 150 with new 6 m length ductile cast iron pipes ND 150 from Saint Gobain went ahead, without any problems whatsoever. The installation of the GRUNDOBURST 800G took approximately 1 hour. The bursting of the old pipes, the expanding process and the installation of the new pipes over a length of 120 m took about 5 hours. The most time-consuming process was beforehand, detecting the old pipe paths, as well as the adjacent pipes, side by side, which were poorly marked in the city council maps and partially not marked at all.


A good start to continue with

The pipe installation over this short 120 m long section in the suburb of Ochota was the start of the 10 km length water supply pipe installation process in Warsaw and Pruskow, mentioned in the beginning, which FHI INSTBUD from Gdow renewed in total. It was an excellent “exercise” and challenge at the same time to test the method, machines and procedure for their suitability in difficult tight conditions, e.g. tight space, time pressure or high traffic density. The result made clear: reduced, efficient intervention with a maximal effective result.