20.10.21 - The GRUNDOMAT soil displacement hammer is ideal for the quick and gentle contruction of trenchless house connections. In the Bolivian city of Cochabamba it contributed to the improvement of the drinking water supply, which is characterised by water scarcity and a dilapidated conduits. The impact mole was used to build around 1,000 new house connections as part of the inner-city drinking water network rehabilitation. 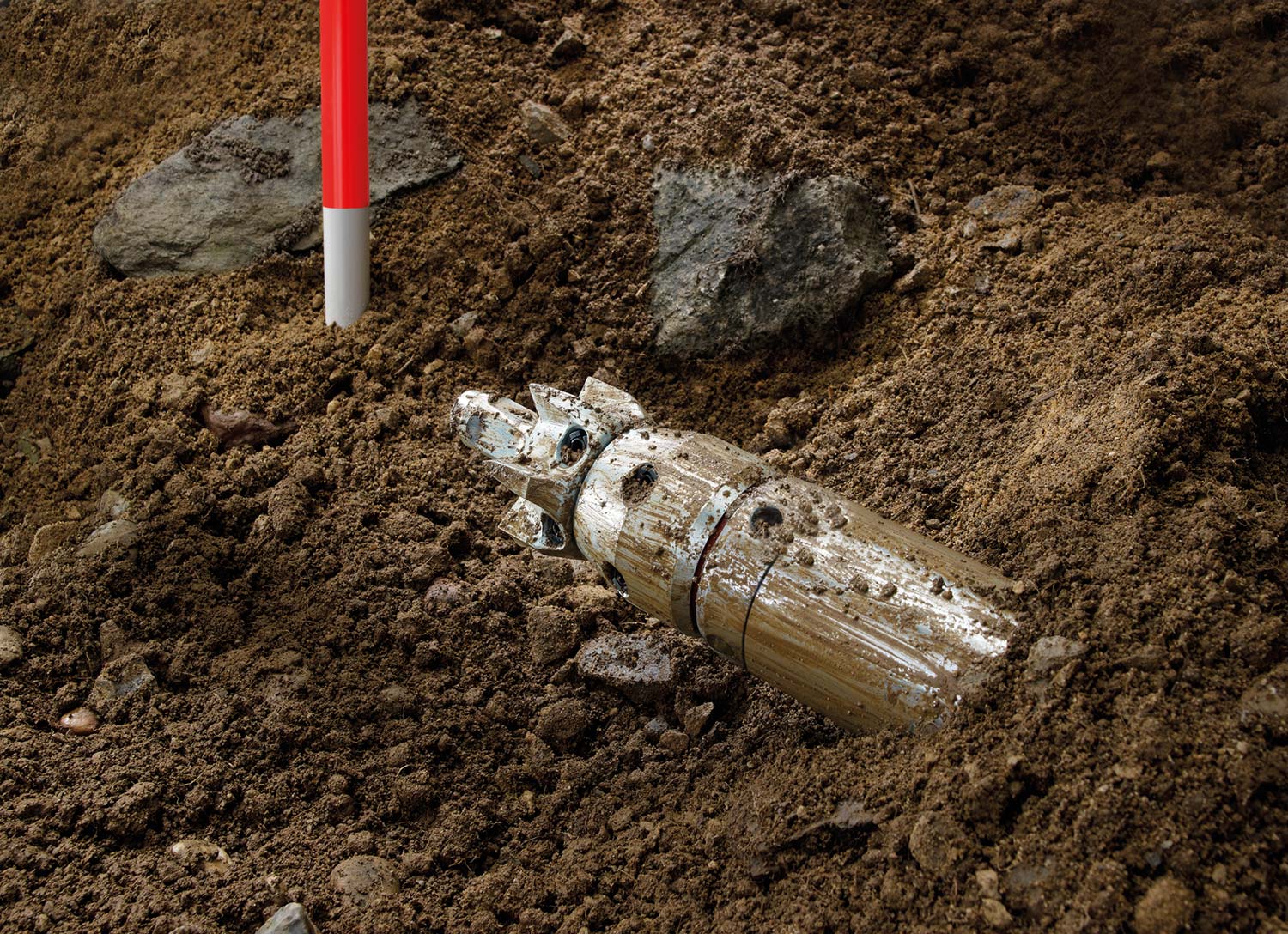 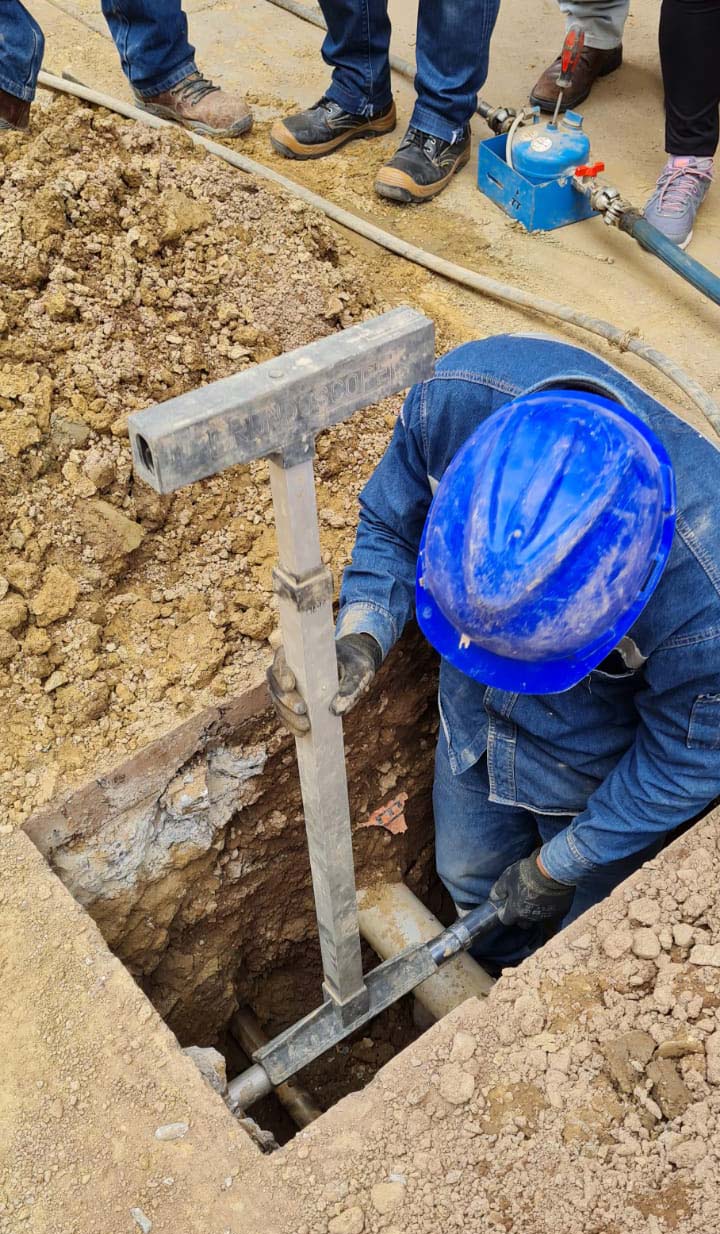 With about 631,000 inhabitants, Cochabamba is Bolivia's fourth largest city, the capital of the department of the same name and the seat of a university. It is an ancient city with numerous ruins from the pre-Inca and Inca periods, located in the eastern Andes at 2,560 m above sea level. Cochabamba hit the international headlines at the beginning of the millennium when the citizens successfully fought against the privatisation of the drinking water supply in the course of the so-called 'water war'.

Since then, water supply has been relatively secure, at least in the north of the Cocochamba, which is nicknamed 'Ciudad Jardín' (Garden City) because of its many parks and gardens. In the south of the city, however, there is still a water shortage because the conduits still do not reach there. So there is a lot to do for the municipal utility SEMAPA (Servicio Municipal de Agua Potable y Alcantarillado). The company is tackling the enormous task step by step, and recently SEMAPA succeeded in significantly improving the water supply in the city centre. The dilapidated drinking water network in the 10th district was completely renovated, which also required to newly build all water house connections.

The 33 km long, highly timeworn drinking water network in the 10th district, which is the inner city of Cochabamba, was completely renewed in the course of the rehabilitation. Not only the supply lines had to be rehabilitated, but also a total of 2,758 house connections, which had to be newly built. For example, in Avenida Ayacucho. Here, as in some areas of the inner city district, the street is relatively narrow and the buildings dense. SEMAPA acted professionally here and decided to build the approximately 1,000 house connections in this section of Avenida Ayacucho without trenches, or more precisely, using the GRUNDOMAT soil displacement hammer. For this purpose, SEMAPA commissioned the company Sur Energy S.R.L. & Asociados, which has the necessary experience in trenchless construction. The company did lease the impact moles themselves from PLASTIFORTE, a TRACTO sales partner in Bolivia.

The 2-stroke thrust and the movable head ensure the GRUNDOMAT's targeting accuracy and penetrating power even in stony soils. This makes the impact mole ideal for the fast and economical underground construction of house connections In Cochabamba, it was decided to use the new generation model 45, equipped with a stepped head for universal use in all displaceable soils. The lengths of the new house connection to be built, i. e. the installation lengths, were also different and between 7 and 10 m long due to the different locations and distances of the houses from the drinking water main pipe.

After excavating the necessary minimum start and target pits (each on one side of the road) and aligning the machine to the target, the pneumatically driven GRUNDOMAT 45 worked its way under the road at a depth of around 0.6 m along the given path reliably and effectively with a high degree of accuracy. The ground, consisting of clay with a sandy component, and the occasional groundwater horizon posed no problems whatsoever for the installation - the soil was gradually displaced outwards without any effort. Even existing old drinking water and sewage pipes as well as communication and gas pipes could be passed under without damage.

Installation time per house connection was 1 to 1.5 hours each, at a speed of 5 to 7 m/h on average. The new HDPE drinking water pipes with a diameter of 25 to 32 mm for the respective house connection were pulled in during a second working step.

This way, around 1,000 new water house connections were and are still being constructed as part of the renovation project with the GRUNDOMAT soil displacement hammer, avoiding the destruction of closed surfaces as well as a lot of dirt, noise and costs. The city can be proud of this project, because by rebuilding the drinking water network in the 10th district, it has secured the water supply there in the long term and improved the living conditions of the citizens. In addition, the use of trenchless technology demonstrates new ways for connecting the south of Cochabamba to the drinking water network in an economically and ecologically gentle manner.
Overview