18.01.21 - The Lower Rhine town of Korschenbroich lies between the metropolitan areas of Mönchengladbach, Krefeld, Neuss and Düsseldorf in the west of Germany. Despite the growing population, Korschenbroich with approximately 5.500 ha has never lost its countryside character in all of its districts. After all, approx. 68 % of the total area are used for agriculture, just under 22 % are residential, commercial and transport areas, the rest divided into recreational, forest and water areas. 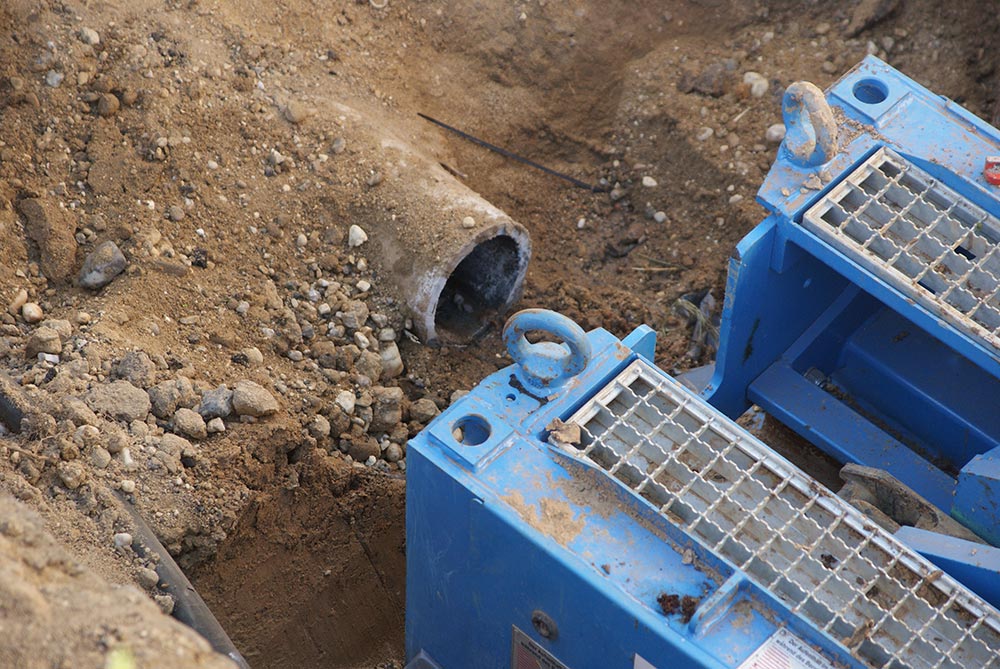 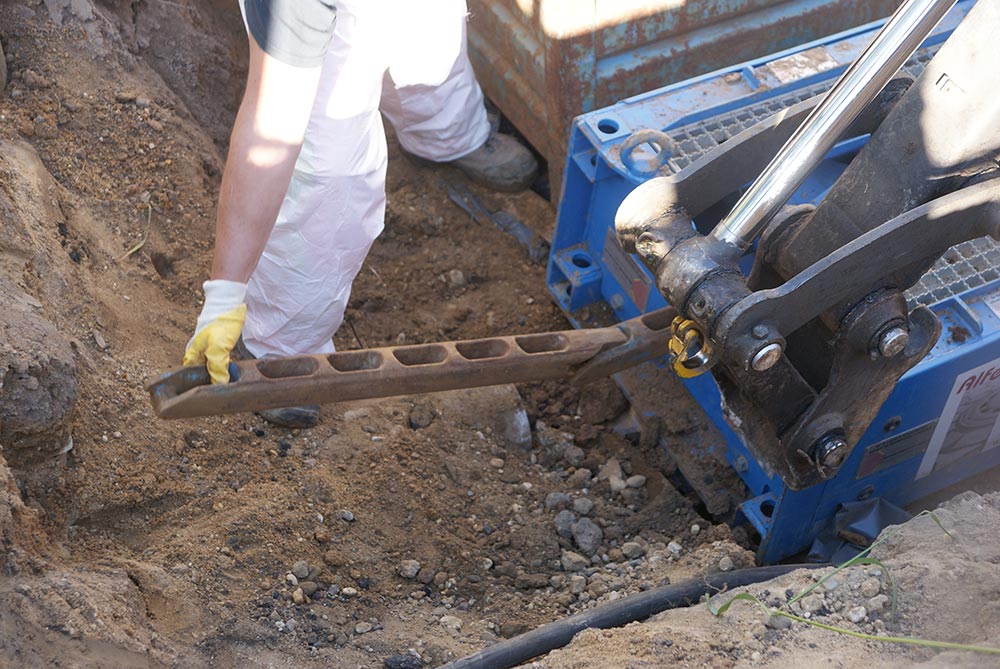 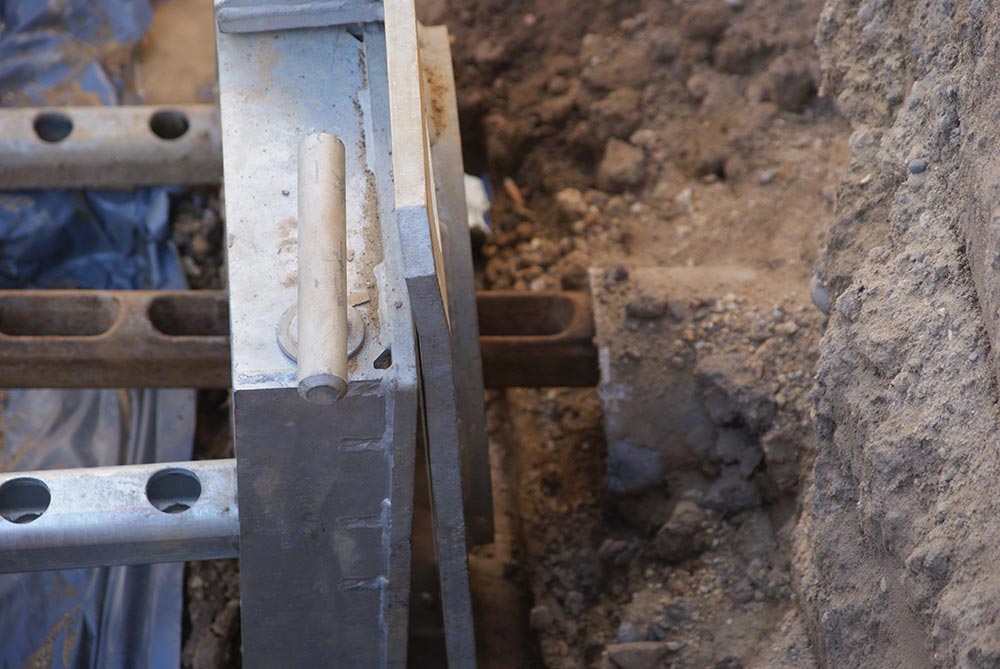 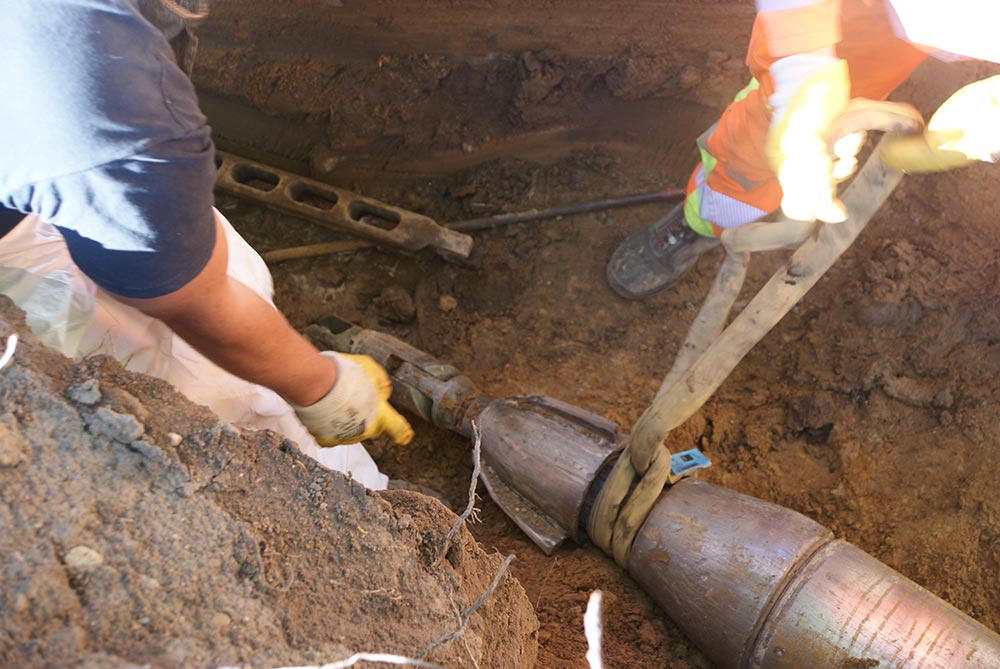 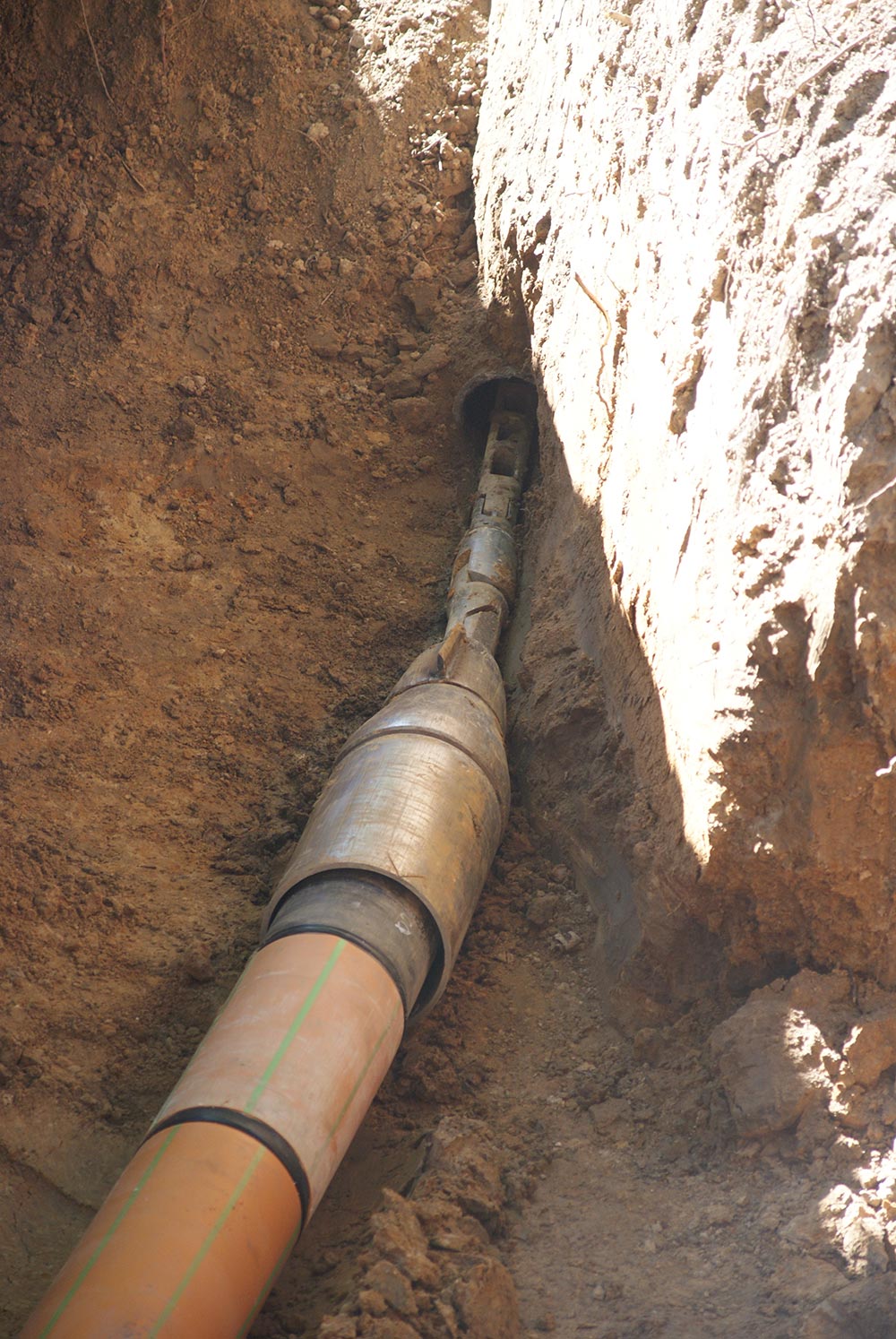 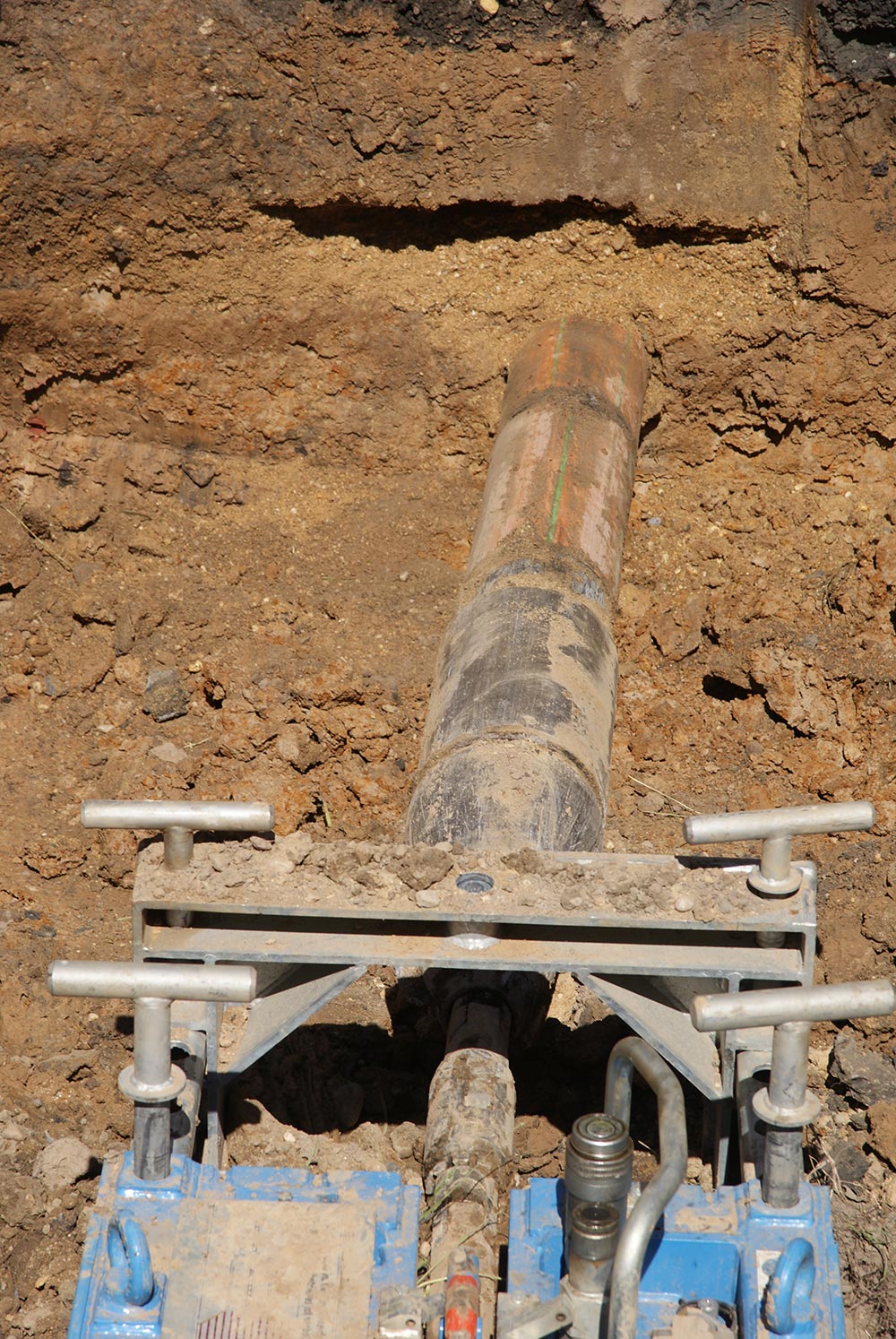 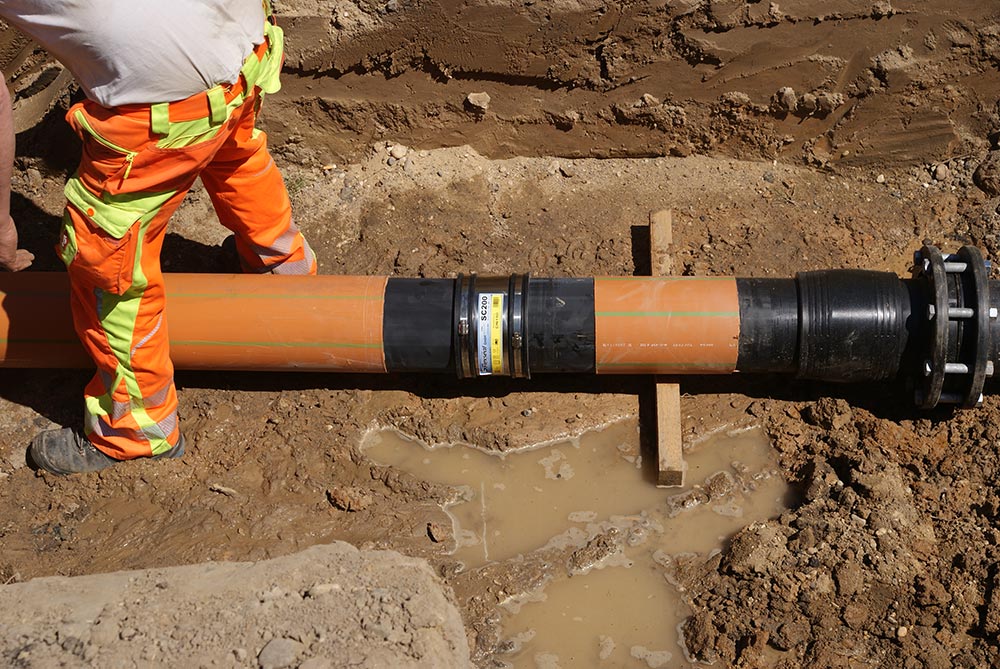 For the many bodies of water in ditches, hollows and streambeds, with or without pipes, as well as for a large part of the sewers, the municipal wastewater company (SAB) bears the maintenance obligation. The waters in the urbans North Canal and Glehn, various sewage canals and sewage pumping stations, as well as two sewage treatment plants, are the exceptions. They are operated, maintained and serviced by the ‘Erftverband’. As a public corporation, they are a non-profit organisation, with a focus on an environmental and public welfare, supported by about 250 members.

The Erftverband operate a sewage pumping station (pump house and rainwater overflow basin) in the Korschenbroich region of Liedberg. From this pumping station the resulting dirt and rainwater is transported via an approximately 840 m length pressure pipe along the main road “L382” up to the crossing B230/L382 and from there guided via the canal to the wastewater treatment plant in Glehn.

After being in operation for about 40 years this pressure pipe urgently needed renewing. Strong roots ingrowing and last not least, the ravages of time had clearly left their marks. Rough cracks, connection and socket damages, as well as damages caused by corrosion, had increasingly lead to leakages and therefore regularly causing flooding on the adjacent properties of the local residents. The Erftverband acted quickly and contacted the Engineering company Dr. Ing. Naken GmbH in Aachen, to carry out the necessary planning tasks and made the guidelines clear: renewal of the pipe with the closed, trenchless construction method by applying the pipe bursting method and upsizing the diameter of the pipe by two nominal widths; the contract for the execution was awarded to Alfes + Sons GmbH from Wenden in the Sauerland region.

At the beginning of May 2020, the preparations for the application of the pipe bursting method on the 840 m length pressure pipe on the second section have been carried out. The pressure pipe was temporarily shut down, the starting and target pits set up and the new PE pipe length for the current section over 150 m is lying ready to be installed. A day earlier the Alfes team had already sawn off and disposed of a segment of the asbestos-cement pipe at a depth of 1,50 m, so that the GRUNDOBURST 800G could be set-up inside the starting pit. Very professional of course, taking all applicable safety guidelines and precautions into account.

Managing Director Gerhold Alfes has come to the site himself and would even love to lend a hand. His company have been specialists in the underground constructions TIP method, pipe relining and pipe bursting for many years and with 30 employees are now among the leading companies in the trenchless pipe renewal and pipe restoration field. “The Erftverband”, according to Gerhold Alfes, “had very clear ideas regarding this construction task. In order to protect the trees along this road, the directly adjacent cultivated fields, the meadows and of course, the local residents, anything other than the underground construction method was out of the question. Also, with a total distance of 840 m the time factor, the protection of the surface, as well as the road surface and the unrestricted access to the L382 road, played a substantial role.”

The Erftverband made the decision to apply the pipe bursting method, where the old pipe is broken apart with a burst head and radially displaced into the surrounding soil, while in the same working step, the new pipe is pulled into the ground, for two reasons. “First of all”, Alfes explains, “because we are talking about an old asbestos-cement pressure pipe ND 150, where it would make great sense to leave this in the ground. Secondly, a larger diameter was required in the course of the renewal for hydraulic purposes, which is part of the technology and easy to implement with pipe bursting.”


Pushing in – Penetration – Pulling in

We were ready to go. The GRUNDOBURST 800G was placed in the approximately 4,5 m long and 2 m wide starting pit and ready for action, together with the magazine containing the Quicklock-bursting rods. Almost with the rhythm of a synchronised 8-man rowing team, the rig pushed the rods smoothly and quickly through the old pipeline, mainly due to the Quicklock link coupling, but also the positive force transmission preventing the rods from slipping back. After just under an hour, it arrived in the pipe installation pit after a good 150 m. Two of the bore team had already attached the new pipe, PE 100 SPC-RC, which has a nominal width of 200 mm and wall thickness 11,9, single length 12 m (Manufacturer: SIMONA AG, Kirn) via a bursting head to the expander with an outer diameter of 240 mm and 3 blade strips. It then only needed connecting to the Quicklock rod. Every move was perfect.

Then they received the command by walkie-talkie: Time to pullback! In the process, the old asbestos-cement pipes were broken apart and displaced into the surrounding soil. The existing bore path was expanded to 240 mm and the new PE-pipe installed at the same time. The bursting process and simultaneous pulling-in process was just as smooth as the rod insertion process and to the beat of steady rowing strokes. The loose sandy soil was well able to absorb the old pipeline, which was already very old and therefore relatively easy to burst, offering no resistance to the new PE pipe during the pulling in process.

After a total of four and a half hours the second, 150 m length section of the 840 m total length pressure pipe was renewed and “underground” and already history to the local residents. The application of the pipe bursting method and the GRUNDOBURST 800G proved to be spot-on for this pipe renewal task, as the advantages

are unbeatable compared to the open-trenching method.

The extremely well organised team of Alfes + Sons GmbH, worked hand in hand and without the need for many words, had renewed the first 450 m length construction section in the outer location with the static pipe bursting method. A strong team with a strong method.
Overview