Thepneumatically drivenimpact moles work according to the soil displacement method. Unlike steerable horizontal boring machines, the non-steerable mole hammer compacts the spoil into the surrounding soil when moving forward. Thus a channel is produced, into which short pipes with smooth sockets, or long pipes made of plastic (PE, PVC or PE-X) up to OD 160 or cables are pulled in. Depending on the type of soil, lengths up to 25 m can be either pulled in directly or later on. For operation, a compressor with 6 - 7 bar operating pressure is required. That way, crossings underneath valuable surfaces and house service connections can be established with the mole hammers in a cost-effective and environmentally friendly manner.

The optimised design of the new GRUNDOMAT impact moles features new technical solutions, which further improve durability and minimise time and service effort for trenchless pipe installation. The variety of applications with the mole hammer is also retained and new options, such as servo- control for small machine sizes, simplify handling.

The GRUNDOMAT soil displacement hammer’s high target accuracy is due to the 2-stroke principle. With this proven concept, the piston initially strikes the chisel, which advances forward in order to produce the bore hole and to destroy any obstacles along the way. The casing is impacted in the second stroke and pulled in with the pipe attached. That way peak resistance and casing friction are separated and alternately easier to overcome. This makes the GRUNDOMAT mole hammer work dead on target even in stony grounds.

Advantages of impact moling with Grundomat

GRUNDOMAT flies under not over Hangar 61 at London Luton Airport

The video shows a GRUNDOMAT 130 arriving exactly on target at a pre-determinded point as part of a tricky underground bore to lay a cable duct beneath the airport hangar apron at London Luton Airport. According to Steve Marijewycz, Managing Director of Directional Drilling Services UK Ltd based in Bedford "The GRUNDOMAT soil displacement hammer was the only mole available that would be able to penetrate and bore accurately through the existing engineering brick manhole". The duration of the 9 m long bore and direct installation of the cable duct was completed in just two hours to the satisfaction of the customer SDC Special Projects.

DO YOU HAVE ANY QUESTIONS?

We can only offer this service during our opening hours.
Monday to Friday
from 07.00 am to 05:00 pm
RELIABILITY REDEFINED 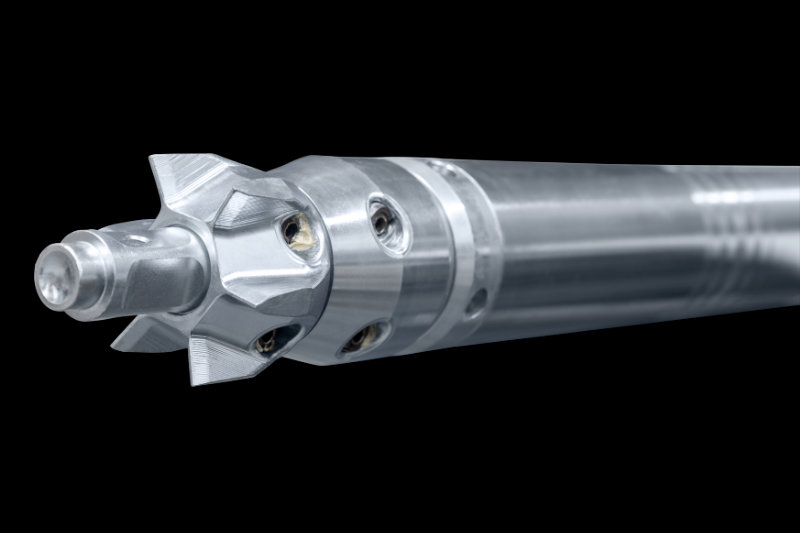 DO YOU HAVE ANY QUESTIONS?

WE WILL BE GLAD TO HELP YOU!

You can reach us by phone