Extension of the Danish E20 Motorway with GRUNDORAM

11.01.21 - Villy Poulsen A/S, a contractor from Skjern in Denmark installed an OD 1,320 mm pipe at a depth of eight metres underneath the E20 motorway with the GRUNDORAM KOLOSS as part of the extension of the E20 motorway. Including all preparations, the job was completed in only 3 working days. 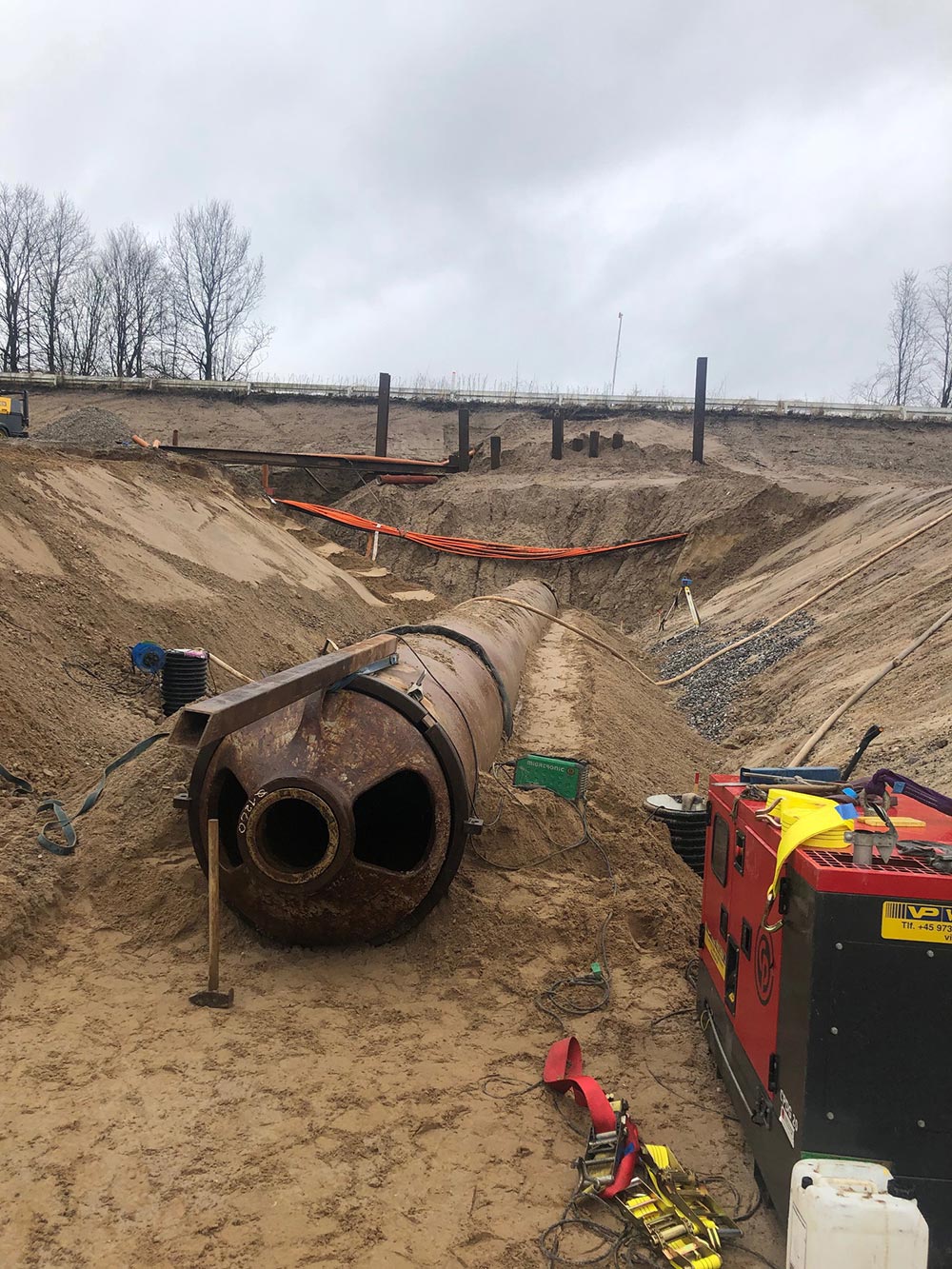 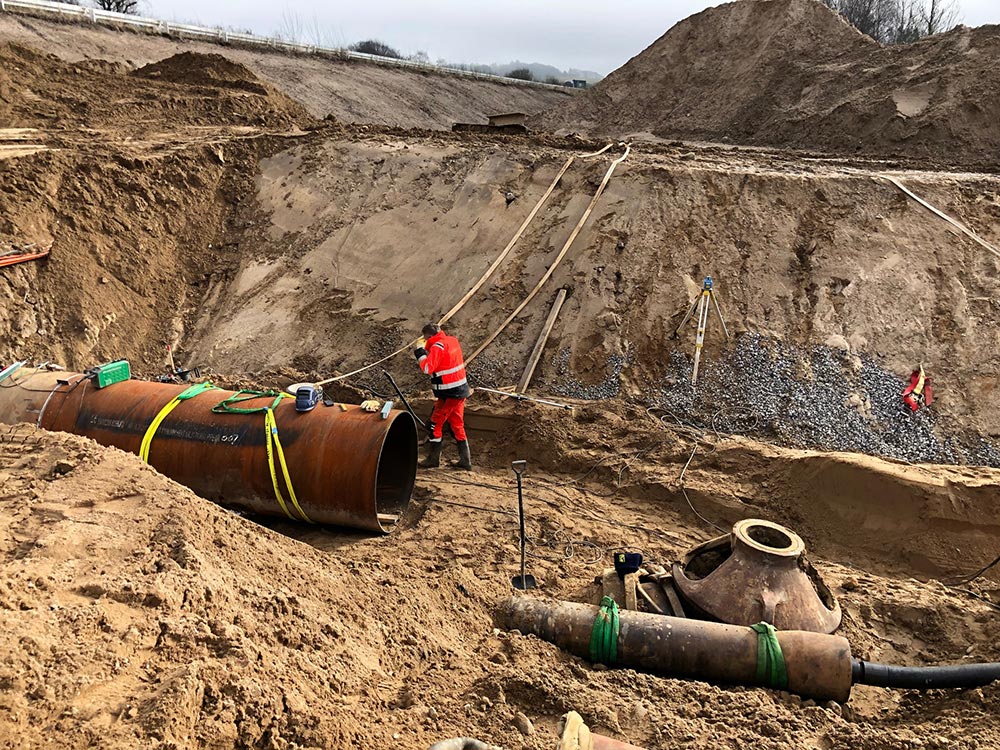 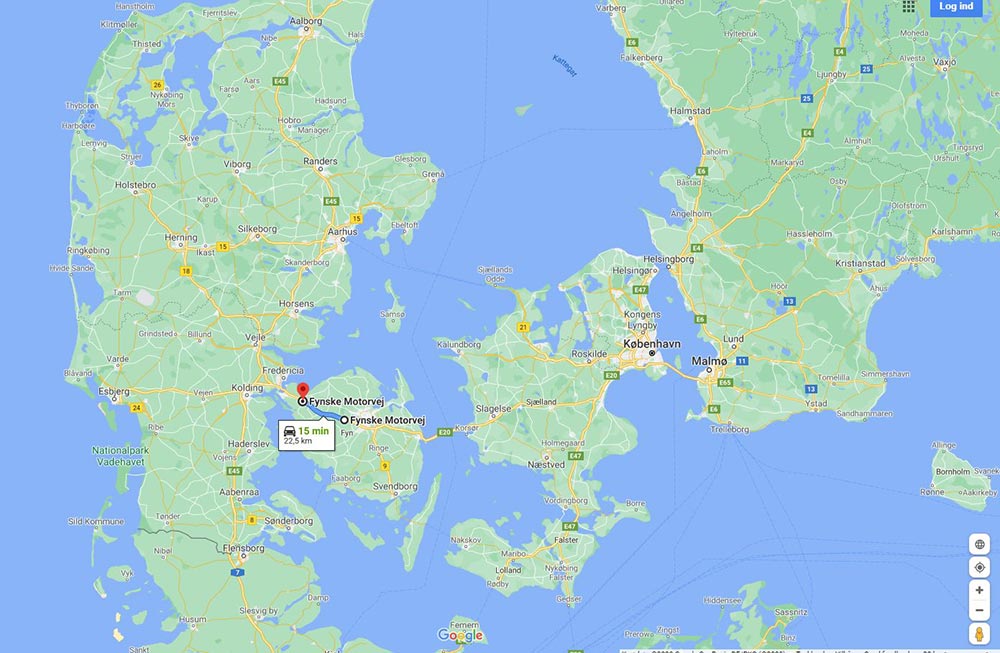 We are looking at one of the most popular and therefore one of the busiest sections on Denmark’s motorways. The Danes and numerous holidaymakers regularly got stuck in traffic jams here on their way to the popular holiday island Fyn in the Baltic Sea. For this reason the Danish government made a decision in September 2017 to extend the width of the motorway in the 22,5 km section between the motorway exits 53 and 57, which of course included numerous tasks involving water extraction pipes, where the GRUNDORAM Koloss pipe rammer and also GRUNDOBURST pipe bursting rigs had to be applied.

The company responsible for the whole construction project was MJ Erikson A/S, who contacted the installation specialist Villy Poulsen A/S to carry out the installation of numerous pipes and service lines for the extraction of surface water. Villy Poulsen, a long-term customer of Tracto-Technik, had to take care of a total of 40 pipeline sections. Initially all these sections were to be installed using the directional drilling method, but due to the various pipe section lengths and diameters a decision was made to apply three different methods: directional drilling, the pilot pipe method and the ramming method were used on all of these motorway sections. In the 40 partial sections, the pipe diameters varied from 323 to 1.320 mm and this largest section had a length of 27 metres.

For this 27 m section, Villy Poulsen applied his trusty GRUNDORAM Koloss, providing 7,000 kN of impact power, to install the mighty duct at a depth of 8 metres in sandy ground conditions. Work on this section had started with the alignment of the 1320 mm OD pipe and precise positioning of the GRUNDORAM Koloss. Only 4 hours later, the first 20 metres had already been installed and the next four metres could be welded to the first section and rammed in, which was also completed within only one hour. In order to ram in the last three metres, they had to dispose of the excavated soil first, but then the final section also quickly disappeared beneath the motorway. During the whole process, the sand was rinsed away with water, set at a high pressure from a vacuum truck. Due to the routine of the experienced Pulsen crew and an ideal co-ordination of the equioment applied, the whole construction task for the complicated section only took three days.
Overview