25.03.22 - The TRACTO GRUNDOPIT PS40 Mini HDD rig was the star turn at leading leisure park, Chessington World of Adventures, recently when it was craned into place to complete the underground installation of two x 110mm drainage pipes. 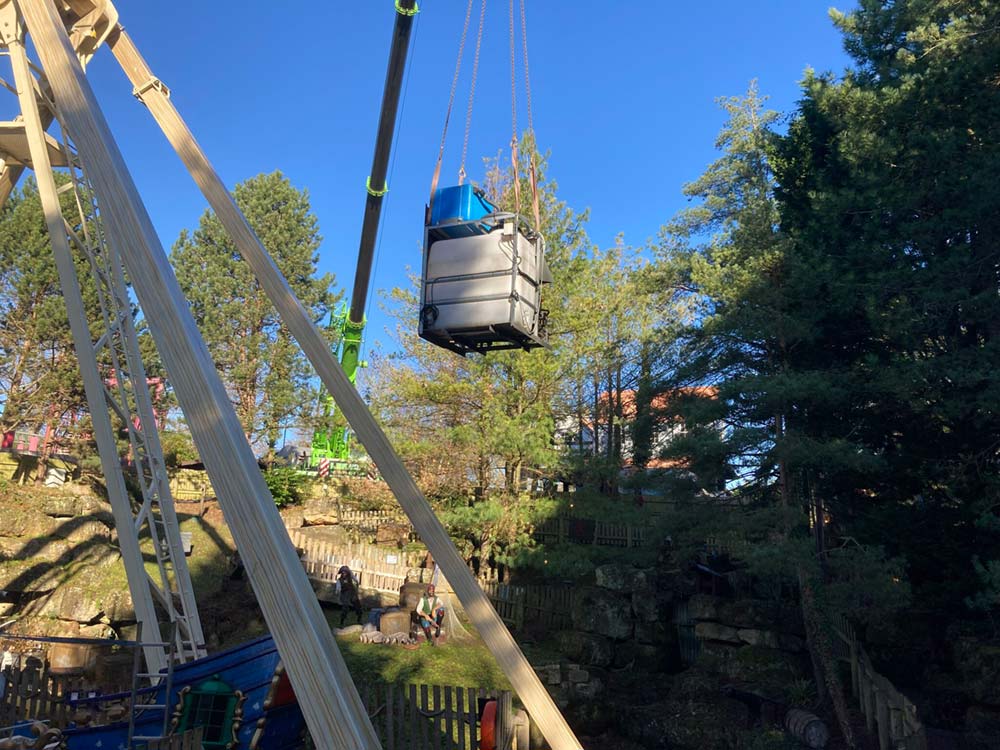 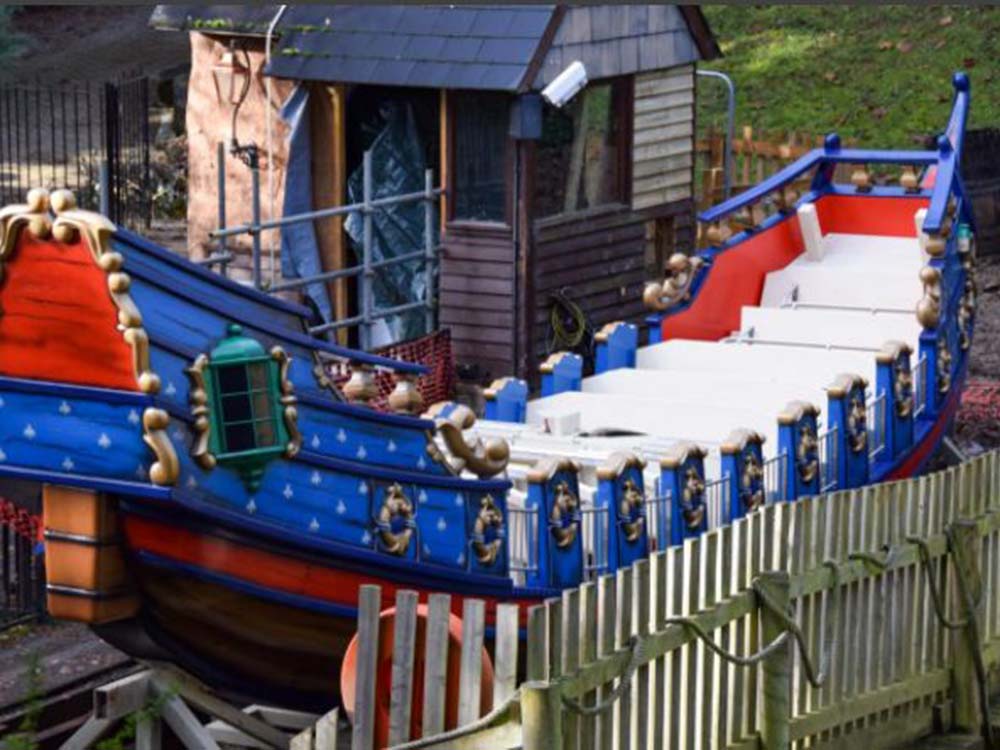 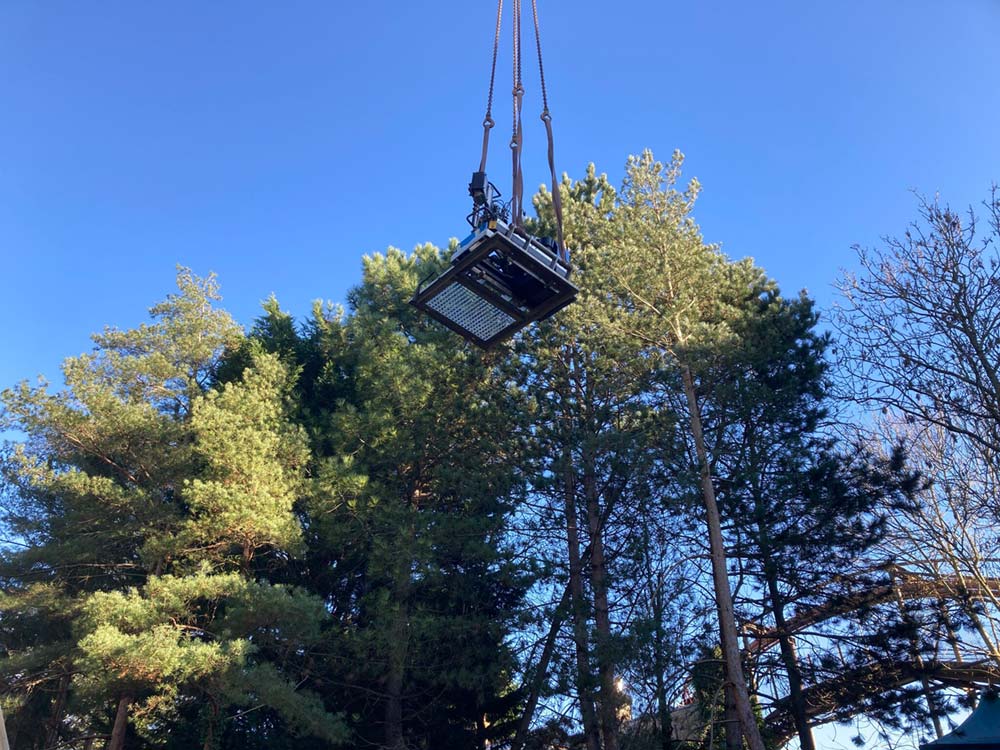 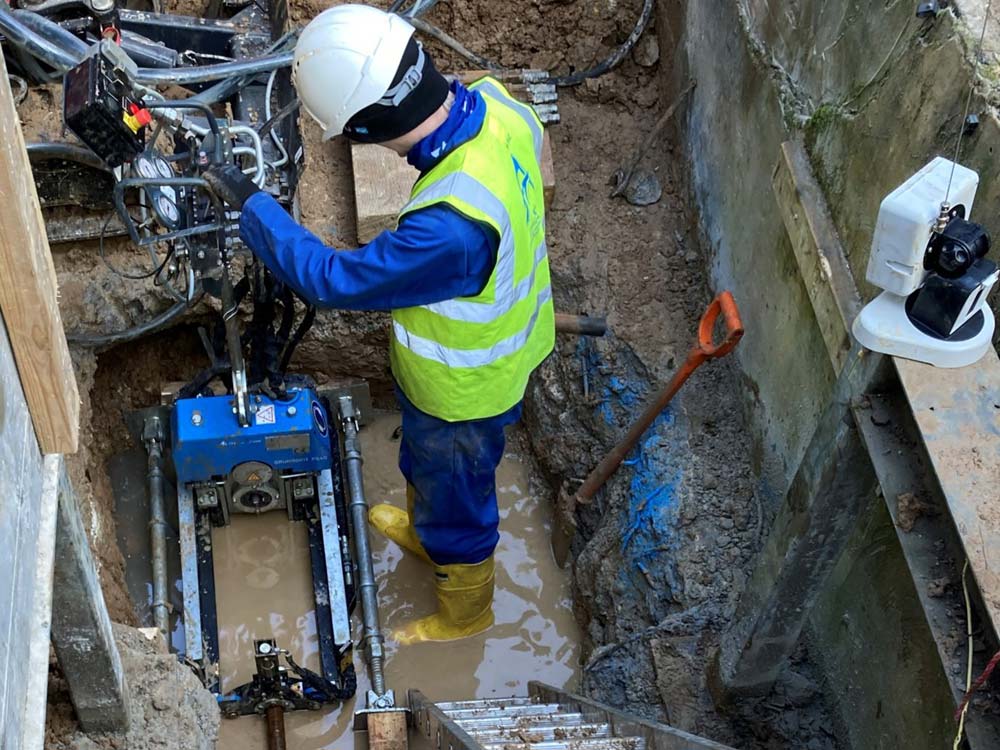 The job, which was part of wider works completed by Trenchless Technology specialist, Impact Utilities, required a machine with a small footprint that could be located in a pit underneath the Pirate Ship at the popular attraction.

A concrete open chamber below the pirate ship was prone to flooding and had to be pumped out regularly with submersible pumps. The installation of new drainage pipes with a 1 in 40 gradient fall was designed to ensure the flood water could drain naturally and eliminate surface water.

Impact Utilities already owns a TRACTO mini-HDD rig, the compact GRUNDODRILL 4X, but this surface launched machine was unable to complete the job due to restrictions in height and space. Sam McKay, Operations Manager at Impact Utilities, contacted TRACTO to explain the requirements of the job and seek a solution.

“TRACTO is a trusted partner and I was confident they would be able to provide a solution. A PS40 GRUNDOPIT was recommended due to its compact size which meant we could excavate a small 1m x 1.25m launch pit under the pirate ship from which to drill the path for the pipes. Capable of delivering 4 tons of thrust and pull back, the small unit had more than sufficient power to complete the job.”

Once on site, the first challenge was how to position the machine, power pack and mixing system into a very constrained site with insufficient access and the best solution was to hire a crane and lift the unit in. Two operators from TRACTO were on site to safely position the PS40 into a concrete pit successfully excavated by Impact Utilities’ team.

The second challenge was the complicated topology which meant that locating and tracking the correct fall for the first pipe was quite difficult. Thanks to the locating experience and skill of TRACTO’s Pete Atkins and the precise operation of the rig by TRACTO operator, Jack Atherton, the first day directional drilling and reaming enabled the successful installation of a 110mm pipe for a gulley in the boat area to direct surface water to a large bank by the rollercoaster opposite.

A final challenge was also overcome during the drilling for the second drainage pipe. Solid concrete was discovered on the bore path which had to be removed before the second drilling and ream back could be completed. Nonetheless, the second 110mm pipe was successfully installed to sustain the water height in the surrounding lake. As part of this installation a valve was fitted to completely empty the lake if required.

The job was completed in two days and according to Sam ‘it was only the availability of the PS40 that helped Impact Utilities win the job and complete the work’.
Overview